Besides “not lying,” what does honesty mean?  The most immediate thought is usually about words, about truthfulness.  But honesty also includes being upright morally, “living honestly.”

Honesty is a component of integrity which means our actions, our life, our words, our thoughts are consistently the same.  We don’t say one thing, then do something different.  We do not live or act one way in a certain setting, then another way when we are somewhere else or are with different people.  We are consistent in our behavior toward the wealthy person and to the poor person.

Honesty also is a part of ethics.  Our ethics are the principles by which we live, that govern our activities in business and relationships.  It would include treating others as we wish to be treated.  It means a business owner gives a fair deal for a fair price.  It means you do not cheat a store when making a purchase.  You do not shoplift.  It means a worker gives a full day’s work for a full day’s pay.  Those are ethics.

The book of Proverbs says,
The Lord detests dishonest scales, but accurate weights find favor with him. (PR. 11:1) NIV

Better to be poor and honest than to be dishonest and rich. (Pr. 28:6) NLT

This was a situation where someone might have one set of scales for weighing a purchase in the marketplace, but another for using in sales.  Each was off a bit to the advantage of the business owner.  You might get a little less than what you paid for if you purchased something from him.  He might get more than he paid for if he was buying from a supplier.  This was dishonest.  Several translations say it is an abomination to the Lord.  He hates it. 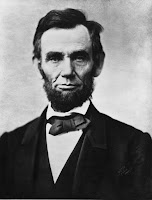 Abraham Lincoln was famously called “Honest Abe.”  He was known for being very honest and conscientious in business dealings.  He worked at a store, and when he accidentally returned less change than someone was due, he would walk great distances to return a few pennies.  (https://greatamericanhistory.net/honesty.html)  This may seem silly, but when you realize a bricklayer might make $1.53 per day, a fireman $1.33 per day, and a farm laborer $0.88 per day, a few pennies was the equivalent of several dollars today. (https://usa.usembassy.de/etexts/his/e_prices.html)

Everyone wants to be believed.  A person who is known to be dishonest is one to whom people do not listen.  Remember the story of the Boy Who Cried Wolf? If you have ever known someone who lies habitually, you know you do not put stock in what they say.  You take everything they say with a grain of salt.  A child who lies will be doubted again and again, even when they are telling the truth.  Teach your child to build trust through being honest.

Lying to Get Out of Trouble

It is very normal for a child to lie to get out of trouble.  But you cannot let it work.  We increased consequences for our children if we caught them lying.  We lessened consequences if they were truthful.  This is a case of normal, but not acceptable.  Teach your child that building trust is important and valuable.

What about shades of dishonesty?  Bending the truth, coloring the truth, exaggerating?  While the Bible tells stories of certain Bible characters’ behavior that weren’t rigidly honest, these are few and extreme circumstances.  An example would be David pretending to be insane when confronted by King Achish (see 1 Samuel 21:12-15 and the introduction to Psalm 34).  Generally, our behavior, including telling stories other than those for creative purposes should be honest and forthright.

Why would we want to exaggerate or lie?  To have someone think better of us?  To be a people-pleaser rather than a God-pleaser?  When you work with a child to improve behavior, talk about what they did and why they did it.  Then you can help them to know themselves, to be aware of weaknesses and tendencies.  Teach them not to give themselves away in pieces, especially for something so fleeting.

And then there’s the jabbing statement, followed by “Just kidding.” Isn’t it interesting that that is actually in the Bible?!  Take a look at Proverbs 26:18-19:
Like a maniac shooting flaming arrows of death 19 is one who deceives their neighbor and says, “I was only joking!”     (NIV)
Just as damaging as a madman shooting a deadly weapon 19 is someone who lies to a friend and then says, “I was only joking.” (NLT)

Our communication should be clear and open.  Say what you mean.  Use precise word to convey your meaning well.  You can even ask someone you are talking with to repeat what they understood you to mean.  You may find that it needs adjusting.  What you said is good.  What they heard and understood is even more important.

Being Honest with Yourself

Lastly, and perhaps more vitally, is being honest with yourself.  Romans 12:3 says,
For by the grace given me I say to every one of you: Do not think of yourself more highly than you ought, but rather think of yourself with sober judgment, in accordance with the faith God has distributed to each of you. (NIV)

Because of the privilege and authority God has given me, I give each of you this warning: Don’t think you are better than you really are. Be honest in your evaluation of yourselves, measuring yourselves by the faith God has given us. (NLT)

We like to think we are always right, that our plans are the best ideas.  Yet we see ourselves when we overdraw the bank account, when we do the face-plant in the front yard, when we absent-mindedly cut someone off in traffic.  And when we see ourselves when we do those things on purpose.  Being honest with yourself in times like those will help us evaluate ourselves honestly, and work on continuing to improve and grow.

For more parenting help go to www.IntentionalParenting.us or consider my book, Intentional Parenting: A Guide for Christian Parents.  There is also a Small Group guide with discussion questions for couples or groups.

Posted by Linda Stahnke at 6:50 PM